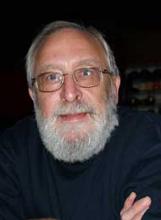 A native of Great Britain and a graduate of the London School of Economics and Political Science, Dr. Jackson emigrated to Canada in 1968, where he completed a master's degree at the University of Calgary (1970) and a Ph.D. at the University of Toronto (1974). He began his teaching career at the University of Toronto in 1974 and moved to the University of Alberta in 1975, from which he retired as Professor in the Department of Earth and Atmospheric Sciences in 2007.
Dr. Jackson's early research interests focused upon a variety of topics related to leisure and recreation, including the relationship between outdoor recreation participation and attitudes to the natural environment, satisfaction in outdoor recreation, and conflict. In the last two decades of his academic career he concentrated largely on constraints to leisure participation and enjoyment, an area in which he published more than twenty journal articles, several contract reports for the Alberta government, and an edited book.
He co-edited (with fellow Academy member Thomas L. Burton) and wrote portions of the 1989 text, Understanding Leisure and Recreation: Mapping the Past, Charting the Future, which assessed the then-current state of knowledge in leisure studies and provided a framework for the next decade of research. A similar but more ambitious book (also co-edited with Tim Burton) was Leisure Studies: Prospects for the Twenty-First Century (Venture Publishing, Inc., 1999), which included contributions from about 40 leisure scholars from the United States, Canada, Australia, and Great Britain, many of them members of the Academy. Dr. Jackson's last edited book was Constraints to Leisure, which was published by Venture in 2005.
He was an Associate Editor of the Journal of Leisure Research from 1988 to 1995, Secretary of the Canadian Association for Leisure Studies (CALS) for two three-year terms (1987-1993), and President of CALS for 1996 to 1999. He received both the Allen V. Sapora Research Award and NRPA's Roosevelt Research Award in 1995. He was President of the Academy for 1995-1996.
Since his retirement, Dr. Jackson has concentrated on doing leisure rather than studying it. His interests include music, contemporary fiction, photography, and website design. He currently maintains the website for the great British jazz trombonist and bandleader, Chris Barber, of whose music he has been a fan for more than fifty years.