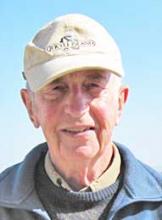 John R. (Jack) Kelly is Professor emeritus at the University of Illinois at Urbana-Champaign. He was a Professor in Leisure Studies and the Institute for Human Development and Director of the Gerontology and Aging Studies program. His Ph.D. in sociology is from the University of Oregon and he received master's degrees from Yale University, the University of Southern California, and the University of Oregon.
Dr. Kelly is the author of 11 books: Most recent is the 4th edition of Leisure (4th edition) (Sagamore Publishing, 2011). Along with the first three editions of Leisure, (Pearson, 1982, 1990, 1996), earlier books include Recreation Business (Wiley,1985), Freedom to Be: a New Sociology of Leisure (MacMillan, 1985), Activity and Aging (editor, Sage, 1993), Peoria Winter (Lexington, 1987), and Leisure Identities and Interactions (Allyn & Unwin, 1983). He is also the co-author with Rod Warnick of Recreation Trends and Markets in the 21st Century (Sagamore, 2000) and of 21st Century Leisure: Current Issues (2nd edition) (Venture, 2004) with Valeria Freysinger. His books have been translated and published in both Chinas, Japan, and Korea. He has also published 50 chapters, 8 encyclopedia articles, 11 technical reports for federal agencies and corporations, and over 60 research articles.
Among honors received are the Roosevelt Research Award, the National Literary Award, and Distinguished Colleague Award from the National Recreation and Parks Association. At the University of Illinois he received 2 awards for research excellence and was Nash Scholar of the American Association of Leisure and Recreation. He was the founding Chair of the Research Commission of World Leisure and has lectured and taught in 7 European countries, Brazil, Japan, Australia, and New Zealand. He has been a Board Member of the Research Committee on Leisure of the International Sociological Association and of World Leisure.
He has had research grants from 4 federal agencies including the National Institutes of Health, the National Forest Service, and the National Park Service and marketing contracts with American and Japanese corporations including Yamaha, General Motors, and Battelle International. He twice directed the social impact section of the U.S. Forest Service Resources Planning Act. Most recently he completed articles on leisure and on life style for the Encyclopedia of Economic Sociology.