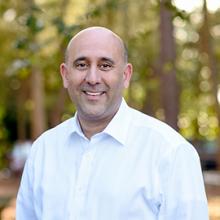 Dr. Jason Bocarro is a Professor in the Department of Parks, Recreation & Tourism Management at NC State University. Dr. Bocarro’s research focuses on the intersection of childhood and adolescent health and inactivity and specifically examining the relationship between the built environment and public spaces and human health. Most of his current research efforts have been targeted around the issue of how parks, recreation and youth sport programs can increase the physical activity levels and health of children and adolescents.

His research has been funded by the Robert Wood Johnson Foundation (RWJF), the Centers for Disease Control, National Park Service, European Union (EU), National Recreation and Park Association, Aspen Institute, and sport governing bodies such as USA Hockey. His research has been featured in Time Magazine, the Guardian, National Public Radio, and USA Today.  In 2010, Dr. Bocarro was named the College of Natural Resources Outstanding Teaching of the Year and an NC State Outstanding Teacher and was inducted into the Academy of Outstanding Teachers. In 2015 he was named Alumni Distinguished Undergraduate Professor, awarded in recognition of distinguished service in support of undergraduate teaching.

He has been a visiting scholar Coventry University, UK and the Technische Universität München, Germany.  In 2015, Dr. Bocarro was named an NC State Faculty Scholar, awarded to recognize and reward emerging academic leaders among the NC State faculty. Dr. Bocarro has published over 50 peer reviewed research journal publications spanning a number of disciplines including medicine, sociology, public health, psychology, parks and recreation, exercise science and education as well as book chapters and practitioner based publications. He is also the co-editor of the book Legacies of Mega Events: Fact or Fairy Tales published by Routledge. He has also conducted a number of trainings and workshops at state, national and international conferences primarily focusing on youth and adolescent issues and physical activity.

Dr. Bocarro is also the Executive Education Director for the British American Business Council designed to build on the close professional, business, and cultural relationships between the United States and the United Kingdom and to act as a catalyst to help maintain and further strengthen the strong and lasting trade partnerships between these two countries. Before working in academia, Dr. Bocarro was involved with the development and supervision of youth adventure and sport programs in a variety of places and settings, including London, England; Nova Scotia, Canada; Texas; and New Hampshire.

Dr. Bocarro also served as a SPRE Board Member 2006-2009 and Co-Chair of the Leisure Research Symposium 2011-2013. He is currently serving on the Council on Accreditation of Park, Recreation, Tourism and Related Professions (COAPRT)

Expertise: Physical activity and use of parks; youth development and (leisure); sport participation (leisure); race/ethnicity and leisure; legacy of mega sport events (in the context of health); health and wellbeing