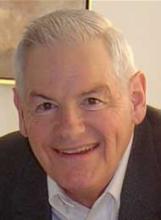 Dr. Stebbins, FRSC, before his present post at Calgary, also taught at Memorial University of Newfoundland and the University of Texas at Arlington.

His research interests include humor, work, leisure, the work and leisure dimensions of deviance, and the leisure basis of francophone communities outside Quebec.

He has published or in press over 260 articles and chapters, as well as 52 books.

Work in these areas completed before 1992 is summarized and theoretically elaborated in Amateurs, Professionals, and Serious Leisure (McGill-Queen's University Press, 1992).